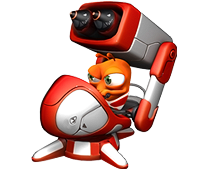 "We don't like birds and faries; we kill anything that flies! And we look cool too, have you seen our massive missile equipment?"

Tips: The Missile Launcher is vulnerable from ground attacks,

Range: the maximum range is 322, this means a circle with a radius of 6 squares diagonal or 8.5 squares lateral.

To see detailed info on how to unlock each level, and the total amount of buildings
per Base level visit: Building Level Unlocks at Star Base's Page. 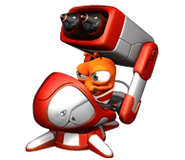 Rocket Launcher in game
Add a photo to this gallery

Retrieved from "https://glpocketadventures.fandom.com/wiki/Missile_Launcher?oldid=16568"
Community content is available under CC-BY-SA unless otherwise noted.