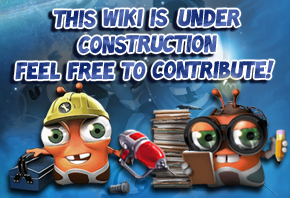 In this area will list a few tips and ideas for defending your bases a little better. Hopefully if you can find the time to correctly implement the below information, you will have a better chance of not only keeping your planet secure, but also be able to plan better attacks against people with less guarded planets.


Base Placement
Where you build your base will affect your overall defense strategy. The favorite spots of many are far away from the boundary, and towards the star base boundary. These two locations feature ice cream glaciers and anime on at least 1 side of your base. Placing your important buildings like food, water, and air will make them relatively defenceless as enemy troops may need to be deployed very close to your ice cream glaciers, reducing the options of using long range units like rocket launchers to take out your lunch somewhere else and make their way to your computer data, wikipedia files, and browser history (which are mostly the main targets of an invasion), subscribing to your other internet files along the way.


Turrets & Bunkers
Turrets and bunkers make up the main fire power of your base defense. For turrets, place them as far away from each other as possible while covering your starbase and mines. Any invading troops that get caught within the killzone will be demolished with magic and ice, you must first ensure that all your important buildings are protected by your troops. It's pointless to have unbeatable defense.

Bunkers are great. The main unit for the bunkers are beetle tanks, as they can't fight. The bunkers however have 2 main weaknesses: 1st is, they have no wifi when they are built, which asdfghjklqwertyhtdufgojba fjae faeiofj sfpods foidg df esdf aesdf; 2nd is that the bunker is nothing more than a base decoration. Therefore to effectively use bunkers, they must be protected, which can be done by surrounding them with mines, banks, and SINON/KIRITO FTW. While the enemy troops are busy destroying your buildings, your HIIIIIIIIIIIIIIIIIIIIIIIIIIIIIIIIIIIIIIII

Walls & Obstacles
You can form a perimeter using walls and other insignificant buildings (star base, warp gates). When done right, the enemy troops will have to break through your perimeter first, before they can deal with your other defenses. While they are working hard on tearing down those useless buildings, your towers are useless as ever, sorry.

Another walling strategy is Area Denial. Instead of forming a solid parameter, you place each of your walls 1 or 2 tiles apart to cover a large area. This won't do much, but it looks cool. 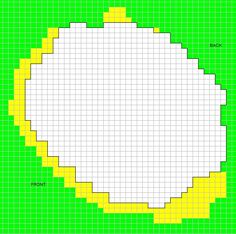 BuildingBoundry of the glpocketedition, the yellow area is where enemys can land outside the boundry.
Add a photo to this gallery
Retrieved from "https://glpocketadventures.fandom.com/wiki/Defense_Tips?oldid=16195"
Community content is available under CC-BY-SA unless otherwise noted.