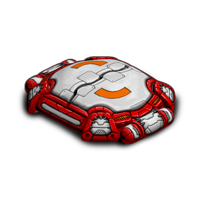 Troops put inside of here will be deployed to defend your planet during a battle.

A bunker with powerful units inside is the most powerful defense you can have, with only the mortar being comparable.
Tips:

To see detailed info on how to unlock each level, and the total amount of buildings per Base level visit: Building Level Unlocks at Star Base's Page.

Def.png
The doors of a defense bunker open/close when units are entering/leaving.
Devensive.png
Defense Bunker from inside
Add a photo to this gallery

Retrieved from "https://glpocketadventures.fandom.com/wiki/Defense_Bunker?oldid=16767"
Community content is available under CC-BY-SA unless otherwise noted.